1. World Population Will there be enough room for everyone?

​The amount of land we have is FINITE (fixed), yet population keeps on growing - will we have enough room to be
able to house, feed, water and resource everyone if global populations continue to grow? What do you conclude from these statistics? 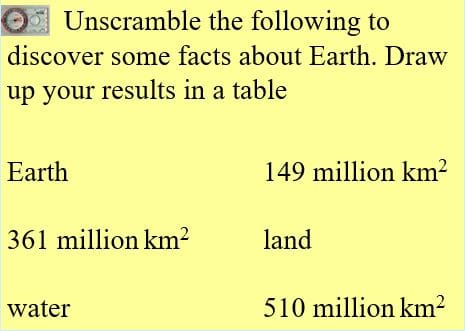 2. How many of us are there and how has that number changed?

​TIP: You will need to be able to convert data like this (see below) to a graph in the exam. If the data shows change over time then you MUST use a line graph to represent the data. 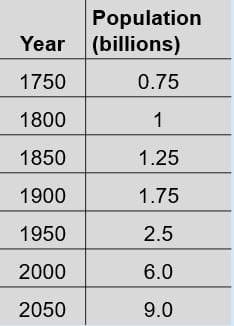 3. What if we were to simplify the World's population to just 100 people?

HOMEWORK 1: What would it be like? Let's find out here!   For an alternative view, watch the you-tube clip here.

Tip #1: It is important to always consider more than one source when researching to make sure you get a more accurate picture. Some sources can be biased or outdated.

Tip#2: Always 'tag' sources [put the www.address.co.uk from where you got it from] when you quote from them - that way you can always check back at a later date if you think something is wrong. It is also good practice to show that you are not plagiarising (copying and pasting) someone else's work!
4. Factors affecting birth and death rates

To calculate total population change we must look at the following:

Birth rates and Death rates tend to be higher in poorer (LIDC) countries and lower in richer (AC) countries.


​Take a look here for some reasons why birth and death rates vary globally.

How developed a country is affects how much income it has, which then affects its ability to provide for its people. The UK for example, is an AC. The government spends some of its income on the NHS (healthcare). This allows us to treat disease (lowers the death rate) and allows us to distribute contraception to those that want it, which helps keep the birth rate lower.

5. Where do the World's people live?

OVER TO YOU: Which continent has no-one living there permanently and why?

Do bigger continents contain more people? Afterall, they have more space to fit people in, or is it not that simple?

We can use this data to plot a scattergraph of % landmass against % population to see if there is a relationship (correlation). The scattergraph below certainly wouldn't score 'All Four Top Drawer' .... what's it missing?

Bonus #1: Find out about Line of Best Fit

Bonus #2: Find out about correlation types

Bonus #3: Find out about independent and dependent variables - which goes on which axis! 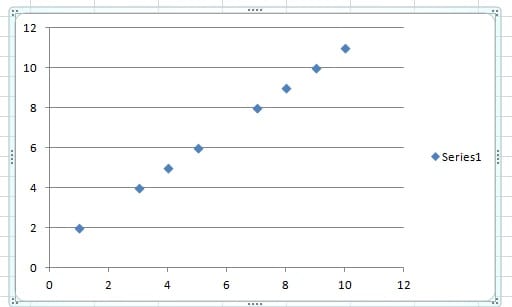 The World but not as you know it. Usually countries are drawn on World maps proportional to their area size. The map below shows countries drawn proportional to their population size that is why some seem larger than life and other smaller. For example, Australia (smaller population) and India (larger). If you weren’t convinced, this clearly shows that the World’s population is unevenly distributed.
The original map, along with a variety of other thematic population maps, can be found at: 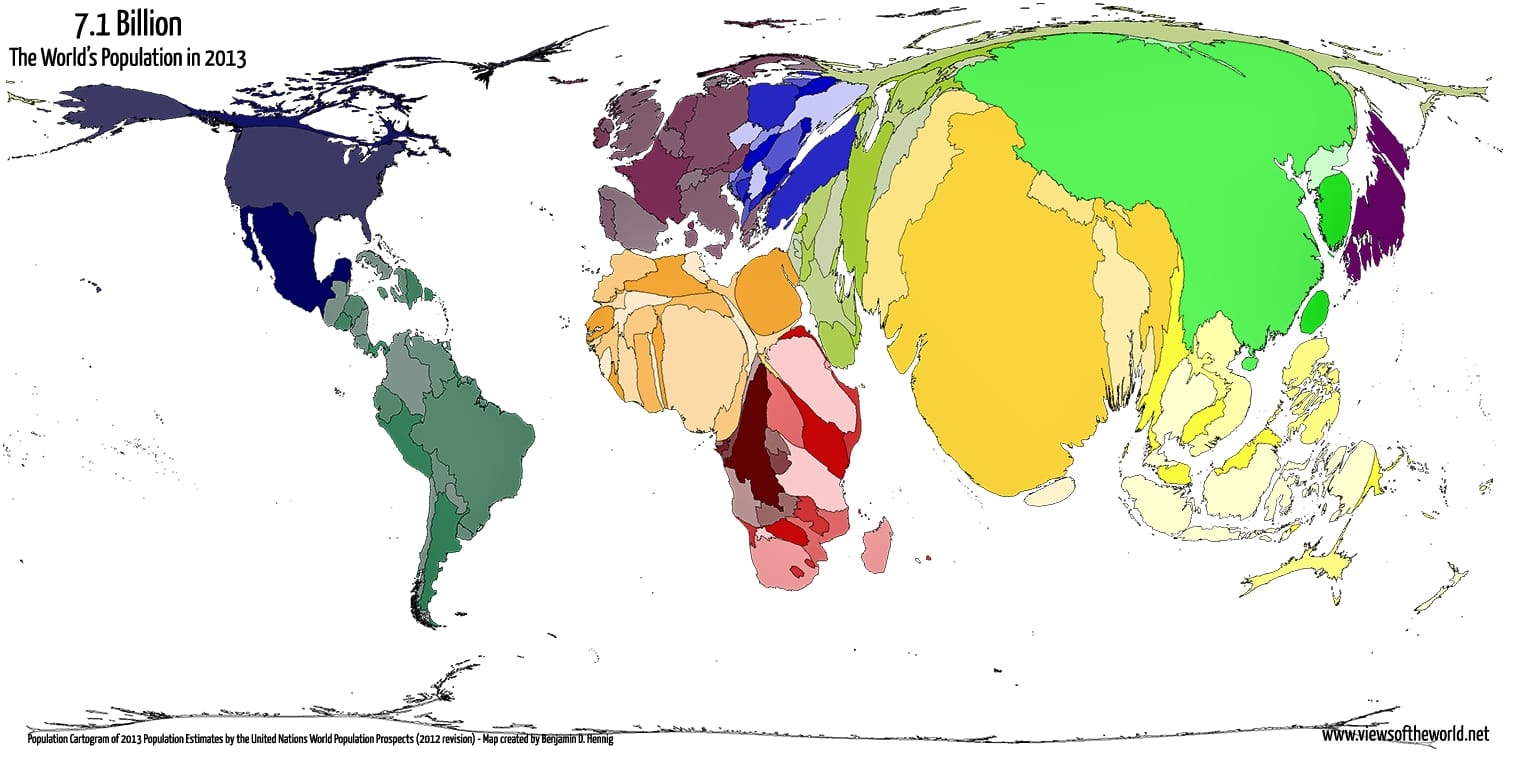 6. Are some parts of the world more crowded than others? [population density]

Some areas might be densely populated because they are popular with people eg there are lots of employment opportunities or sometimes it is because there isn’t much space. For example, in Japan the coastal areas are densely populated as much of the inland areas are mountainous and are unsuitable to build and develop on.
Ideally, we would like places to have an optimum population density and size. In our speak, this means that there are enough resources (including space) to support the number of people living in that place. Under-population is just as much a problem as overpopulation.

Some places are growing faster than others ......

7. Life in a densely populated country

Would be potentially challenging. There would be a greater demand for housing, education, health care and employment. It might be that emission levels are high due to the amount of energy being consumed to power homes, businesses and transport.

Some countries are having to manage their populations so as to avoid future issues. The UK for example has an ageing population, so ideally we need to increase our birth rate or encourage in-migration, otherwise we will struggle to fund the NHS and state pensions. Some of the LIDCs have very large populations and the governments of these countries try to limit the birth rate by supplying free contraception and encouraging families to use it.
China has a massive population, over 1/6 of the World’s people live there. China was worried about maintaining the living standards of its people, so introduced a two child policy.

This didn’t go as planned, so it then introduced a one child policy.

​Now those policies have created further problems, so China has had a re-think......
​8b. Consequences of over population

Read the poem (see below) then answer these questions.

The poem was sourced from: http://www.enature.com/expert/expert_show_question.asp?questionID=8133


1. What is the THE major cause of all of the 'problems' listed in the poem?

2. List the consequences talked about in the poem.  BONUS points if you can THREE more of your own!!

3. Which THREE consequences that you mentioned in your answer to the last question are MOST worrying?

4. Explain why ONE of your CHOSEN consequences is most worrying! 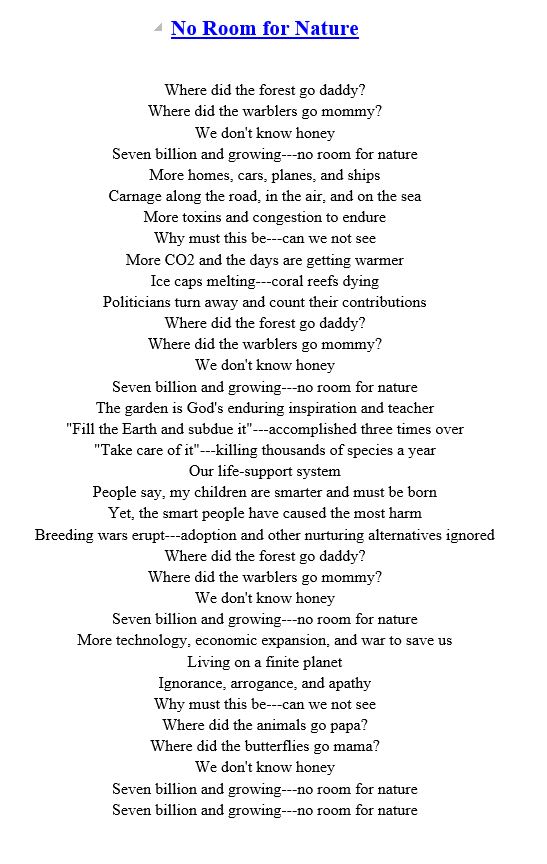 Migration is the movement of people from one place to another.
People may move out of a country (out migration) and into another (in-migration)

​Migration has been happening for a long time - see for yourself!
Movement within a country is called internal migration (think of it as the people remaining inside that country), movement from one country to another is called international migration eg Polish people moving to the UK for work or British pensioners (over 65s) moving from England to Spain.


Some people are FORCED to move from their country, due to natural hazards or conflict or even worse, persecution. Most people are fortunate enough to move VOLUNTARILY for example Cristiano Ronaldo moved from Portugal to England and then to Spain, doing so for his job (playing professional football).


Generally speaking, the bad points about the place where migrants move from PUSH them away, whereas the [perceived] GOOD points about the place they want to move to, PULL or attract them. For example drought might ‘push’ a farmer to leave NW Brazil. The farmer might then be ‘pulled’ to NE Brazil where the rainfall is a little more reliable.

We could then go one step further and classify the ‘push’ and ‘pull’ factors into social, economic and environmental factors. For example poor air quality would be an environmental push factor whereas better paid jobs would be an economic pull factor.
How many of our class-mates or their families might have moved to Telford? Have you moved here?

Globally, there are some key migration hot-spots (see infographics below), of which Europe is one.

Europe is a popular destination for migrants. There are plenty of well paid jobs to be had and there are a wide variety of languages spoken. Once countries join the EU, their people are allowed to live and work in other EU countries. Most recently we have seen many eastern European citizens apply to come and work in western Europe. This helps them to support their families as the wages are better in western Europe. It also helps the countries they go to work in, like France, Germany and the UK, who have ageing populations and who can’t always fill their job vacancies.

Generally it is the younger, economically active adults (20-30 years) who move. Often the male moves first to get established before his family follow. These workers pay tax to our government and spend most of their wages here, so we do benefit, although sometimes they send money back home to support their extended families. Some UK residents worry that migrant workers result in longer waiting times at hospitals and that school places are in short supply in some areas. 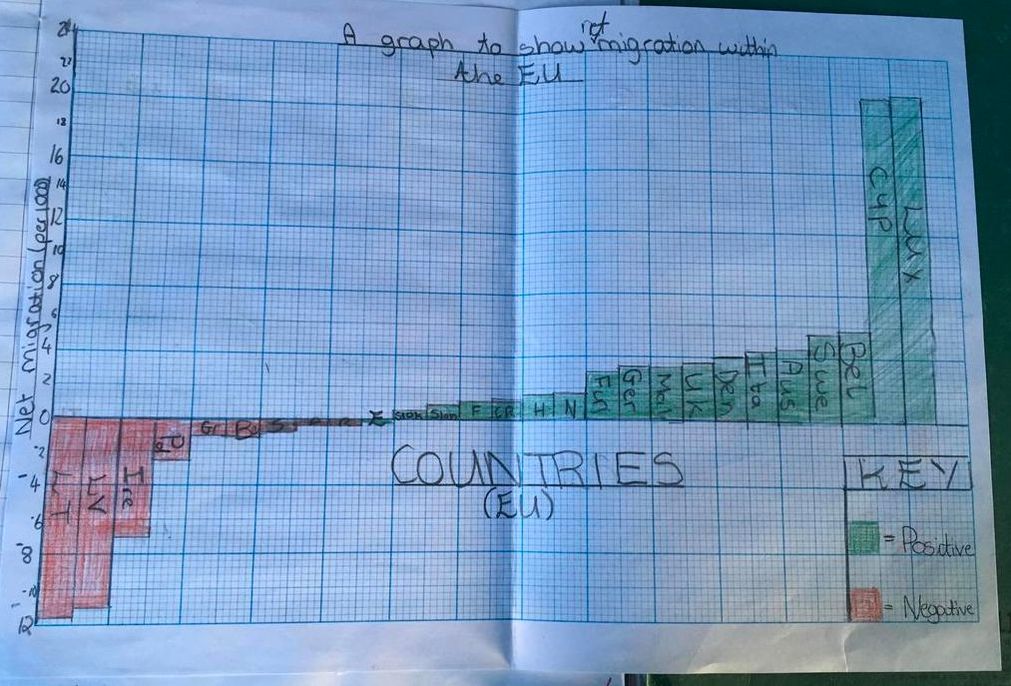 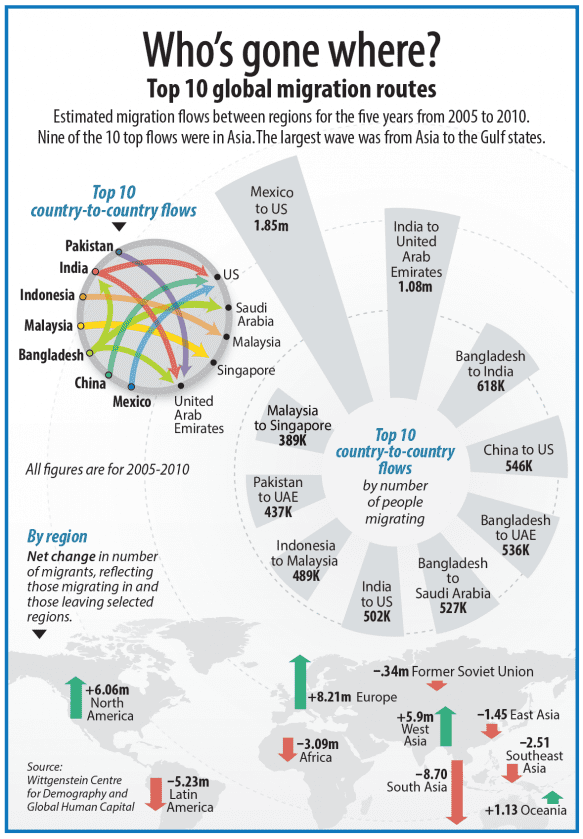 Whilst most migrants are legal, some do try and sneak in. People will be people, there are always some who try to bend the rules (a bit like some pupils do sometimes in the Academy!).

Some people in the UK are very positive about the role of migration and how it benefits us, others are not so sure. Migration is an emotive issue, it is important to hear both sides then reach your own conclusion, based upon fact. Here are some views.